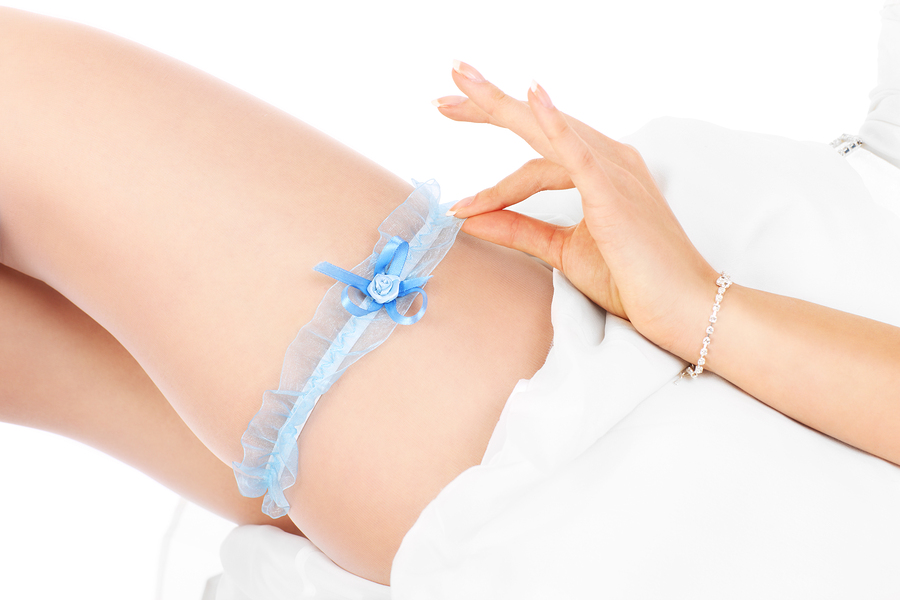 Have you ever wondered why most traditional weddings have bridesmaids and groomsmen? Or why the wedding band is worn on the third finger on the left hand? Imperial Event Venue’s coordinators scoured the internet to find the answer these, and other, questions about the origins of some of our most beloved wedding traditions; you’ll never believe some of the crazy facts they uncovered!

Why Do Most Weddings Have a Multi-Tiered Cake?

The tradition of eating cake at the wedding reception can be traced back to Ancient Rome, where a loaf of bread was broken over the bride’s head a symbol of prosperity for the newlyweds. Later, in Medieval England, each wedding guest would bring a small cake – much like the small tiers of a modern-day wedding cake – then stack the cakes as high as possible; if the bride and groom could lean over the heaping mound of cakes and kiss, superstition held that they would have success in their lives together. Perhaps the cake that most closely resembles the wedding cakes of today, however, first appeared in 1882, at the wedding of Prince Leopold. His cake was the first completely edible cake to use the stacked tiers we are familiar with today, and it revolutionized the wedding cake industry by using thick icing that hardened when it dried, making it possible to stack layers on top of each other. (Modern cake makers still use this method today, though most

Why Is The Wedding Ring Worn On The 4th Finger On Your Left Hand?

Long before knowledge regarding the circulatory system came to light, the Ancient Greeks believed that a single vein ran directly from the fourth finger on the left hand to the heart. Because this vena amoris, or “vein of love,” was connected to the heart, it made perfect sense that wearing the wedding band on this finger would  symbolically tie the ring to the heart.

Why Does The Bride Have Bridesmaids?

The tradition of having bridesmaids at the wedding didn’t start out as a way for the bride to have all her “best girlfriends up there with me for my big day!” – in fact, in the Roman Republic, the purpose of the bridesmaids was to confuse evil spirits that might try to harm the bride. During these Roman wedding ceremonies, bridesmaids dressed identical to the bride (no more hideous bridesmaid dresses!) and acted as decoys, not just for spirits, but also to throw off rejected suitors or family members who tried to kidnap her on the way to the alter. The tradition of the wedding veil also served the same purpose: to disguise the identity of the true bride so no harm would befall her.

…And Why Does The Groom Have Groomsman?

The tradition of having groomsmen began, first, with the tradition of the groom bringing along his strongest and most trusted friend – the “best” man – to help him fight away any person that might try to steal his new bride from him before, during, or after the wedding ceremony. During this period, girls were often taken against their will, and the bride’s family would mount fierce rescue parties to attempt to liberate their captured kin; the best man, thus, would remain at the groom’s side throughout the wedding ceremony, armed and ready to help the groom fight back attackers. Historical records show that, beneath the altars of many churches, arsenals of weapons were stashed in preparation for a wedding-day battle. (A little spat with the in-laws doesn’t seem so bad, now does it?)

Why Does Groom Throw The Bride’s Garter?

In ancient cultures, especially ones in which the bride was taken against her will, the marriage ceremony was not deemed complete until the newlyweds had successfully “consummated the marriage.” Tradition held that someone actually join the bride and groom in the groom’s bedchamber to bear witness to the consummation act (terrifying, right?), then produce the bride’s garter to those gathered outside as proof that the marriage was indeed official. As this practice became seen as a violation of privacy (among other things), the groom began simply throwing the garter over a wall or through a window to the witness waiting on the other side; hence, the tradition was born.