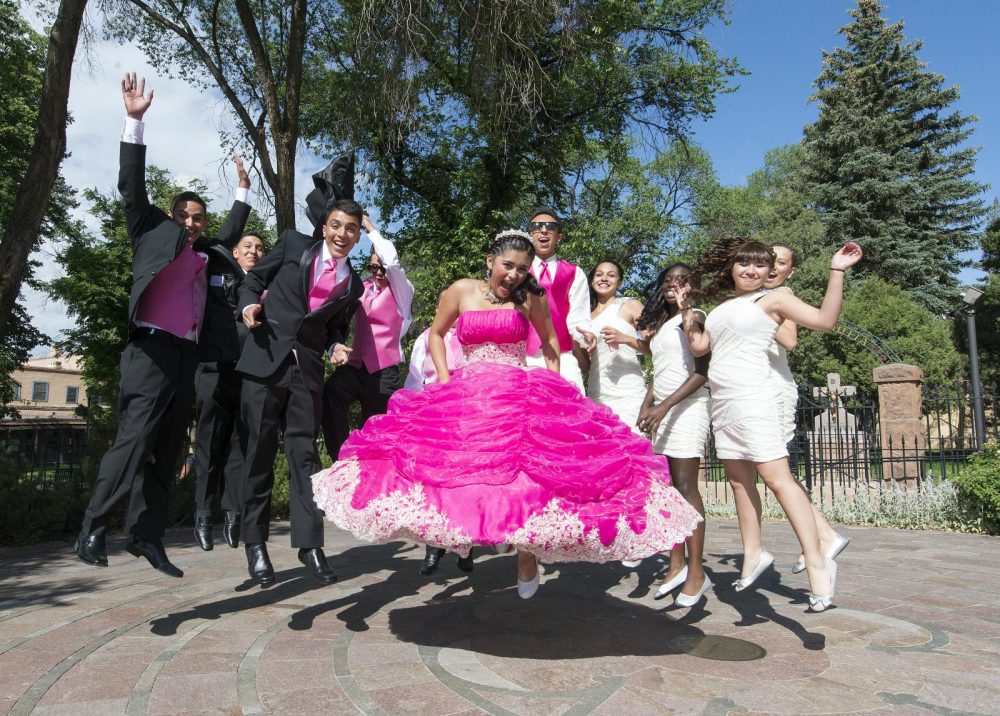 Though “coming of age” events are celebrated differently in different cultures, the transition from childhood to adulthood is always a significant stepping stone in a young person’s life. Before booking your Quinceanera, Bar Mitzvah, or Sweet 16 Party at Imperial, check out these interesting, bizarre, and even painful traditions from around the world!

Meaning “son (or daughter) of the laws,” the Bar or Bat Mitzvah is a ceremony that marks the age (13 for boys, 12 for girls) at which young men and young women are responsible for following the Jewish rules described in the Torah. To demonstrate their commitment to the faith, each must prepare for months, then read from the Torah and receive aliyah (chanting Torah blessings) during a religious ceremony. After the ceremony, a large reception celebrating the boy or girl’s accomplishments is typically held in a banquet hall or event venue. Unlike other coming-of-age traditions, the Bar or Bat Mitzvah does not indicate that the child is physically an adult, but rather mentally and emotionally bestows new responsibilities and culpability on the individual.

When a boy belonging to the Amazonian Sateré-Mawé tribe turns 13, he is sent into the jungle to collect “bullet ants,” so named because the pain of their sting is 30 times as excruciating as a bee sting and, many say, comparable to being shot. These one-inch-long venomous insects are then brought back to the village, where they are sedated using an herbal solution and woven into special gloves. The boys will wear these gloves for 10 minutes at a time, silently enduring the paralysis-inducing stings of the newly awakened (and furious) ants. Worse still, the teenage boys will subject themselves to this torture 20 times before they are considered a “Son of the Guarana” (i.e. initiated into the tribe).

Resisting generational norms and defying parental rules is common behavior for young people in many cultures. For Amish teenagers, the coming-of-age period known as Rumspringa actually allows them to spend unsupervised weekends away from their families, wear non-traditional clothing (which is referred to as “dressing English”), drink alcohol, drive cars, enjoy modern technology, and skip home prayer, all of which are explicitly forbidden in Amish communities. The purpose of Rumspringa is to expose Amish youth to the world beyond their culture; if they choose to return to their conservative Amish lifestyle—and many of them do—it is entirely their choice.

Also referred to as the “Fiesta de Quince Años” or simply “Quince,” the Quinceanera is held during a young girl’s 15th year and marks her passage into adulthood. The coming-of-age tradition usually begins with a renewal of baptismal vows during a Catholic Mass, then continues into the evening with a large fiesta (party) where family members and friends eat delicious food. The highlight of the fiesta is the dancing, and girls often practice the traditional waltz for months with their “court,” which consists of seven couples and the chambelán de honor (escort or boyfriend). Quinceaneras are extremely popular in Spanish-speaking countries, though Hispanic Americans have embraced the tradition as well.

Next time you think a Las Vegas bachelor party is over-the-top, consider this: in Ethiopia, grooms-to-be must shave their head, smear themselves with sand and cow dung, then jump over 12 castrated male cows before they are allowed to marry and own cattle. If they successfully perform this task, they will be considered one of the Maza, or men of the village.